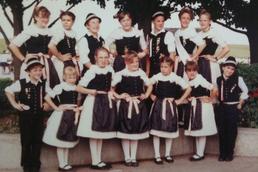 Who Are the Donauschwaben?

In 1722, Emperor Charles VI invited the first wave of German settlers to colonize the area boarded by the rivers Danube, Tisza, Maros and the Carpathian mountains in order to make this area agriculturally productive. Between 1763 and 1770, the second wave of immigration occurred and in 1782 the final wave of immigration took place. Since the majority settled near the Danube they were later named Danube Swabians. The Danube Swabians continued to speak German and keep their German traditions alive.

After the end of World War I, the territories of the German Settlers were parceled out to Romania, Hungary and Yugoslavia. As a result of World War II and the advancement of communism, the hatred for everything German at the time was directed at the German ethnic groups. Tito’s reign of terror demanded tribute in the form of human life and 250,000 succumbed in his concentration camps. Many of the remaining Danube Swabians were deported to Russian work camps or to the Baragan Steppes of Romania where tens of thousands also perished. German settlers were forced to leave Hungary for Germany or Austria as a result of the Potsdam agreement. Most of the Danube Swabians consequently disappeared from Eastern Europe.

After the war, several hundred thousand came to America, while smaller numbers settled in France, Brazil, Australia, Canada and other countries. The largest number remained in Germany and Austria. The immigrants that came to America joined pockets of Danube Swabians that were began by countrymen who had arrived before the two world wars. The greatest concentrations are found in New York, Rochester, Trenton, Chicago, Cleveland, Cincinnati, Akron, Mansfield, Philadelphia, Detroit, Milwaukee, St. Louis and Los Angeles.

The Danube Swabians continue to keep their traditions and language alive with cultural centers, societies and the national organization Danube Swabian Society. 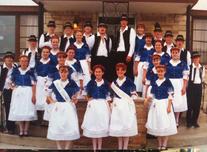 The 70’s brought many more developments for the UDoM. In 1970, a kitchen and dining room were added on to the tavern of the Schwabenhof. In July of 1971 the club joined the Verband der Donauschwaben USA. In 1972 the Milwaukee Sport Club built a regulation size soccer field and new sports facilities. League games affiliated with the Wisconsin Soccer Association also began being played here. The stage that is part of the pavilion was built in 1975. Finally, our Jägerverein was founded in 1976 to share their interests in both trapshooting and recreational hunting.

Milwaukee hosted its first Landesvervand Trachtenfest in 1981 at the Eagle’s Club. That same year in July, the first annual German Fest was held at Milwaukee’s lakefront. The UDoM continue to play a very active role in making German Fest the largest German festival in the United States.

The outdoor pavilion, as it stands today, was built in 1983. There is seating for up to 1,200 people. As the club continued to grow, in 1984 the by-laws were amended to include the name change to “Milwaukee Donauschwaben, Inc.” A year later, there came a need for a new auxiliary group called the Trachtengruppe. It was formed to offer married couples the opportunity to perform folk dance in our most elaborate Tracht.

We continued expansion on the Schwabenhof property during the 1990’s. The property was increased by one-third, the outdoor biergarten and souvenir booths were built, and we again hosted the Landesverband Trachtenfest in 1990 at Milwaukee’s MECCA. Our Jugendgruppe had the privilege of representing our club on a tour of Europe in 1994, performing both traditional Donauschwaben songs and dances, as well as a modern American program.

Since 2001, the membership has been steadily rising once again. In 2003 the by-laws were once again amended and our current name, “The United Donauschwaben of Milwaukee, Inc.” was put into effect. Through our organization, the German-American Cultural Foundation, a non-profit organization, was established.

Heraldry: On the top half of the Coat of Arms, the German Eagle is portrayed with his wings widespread in a protective manner symbolizing the responsibility of the German Emperor to protect his people. The fortress of Temeschburg is depicted on the lower half of the Coat of Arms.  The fortress towers are located between the sun, symbolizing the rise of Christianity, and the crescent moon, symbolizing the setting of Islam. The fortress walls are white and the tower rooftops are red. These towers represent the six primary settlements of the Danube Swabian people. A wavy blue line symbolizing the Danube River separates the upper and lower segments of the coat of arms. In boats, called “Ulmer Schachteln” the Danube Swabian people traveled down river to settle in their new lands. The green area below the fortress represents the fields they cultivated. 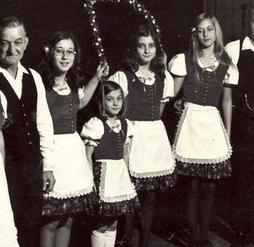 The History of the

Our history begins all the way back in February of 1945, when the first incarnation of the UDoM was founded and called “Tolnauer Komitat Vergnügungsverein.” The group only started with 17 members, but club functions and membership increased dramatically, especially in the late 1950’s to early 1960’s. This was largely due to the influx of Donauschaben immigrants from Europe. The club joined the International institute, which hosts Holiday Folk Fair International, in 1954. This gave us the opportunity to share our culture with many other nationalities. Then, in 1961, the name of the club was changed to “Donauschwaben Vergnügungsverein” to reflect other Donauschwaben regions.

Two of our major auxiliary groups were founded during the 1960’s. First, our Kindergruppe in 1963; the jugendgruppe soon to follow in 1966. That same year, the Donauschwaben Vergnügungsverein and three other Donauschwaben clubs - the Apatiner Verein, the Mucsi Familienverein and the Milwaukee Sport Club - decided to band together and buy a clubhouse. These clubs formed “The United Donauschwaben of Milwaukee, Inc.”, which governed the facility, the Schwabenhof. Two years later, the property that was originally known as the Bert Philips Ballroom was purchased. It consisted of almost 12 acres of land, a dance hall, a tavern, a one family house and a soccer field. Today this property is known as the Schwabenhof, and it is the place we continue to call home.

Later that year, the Jungendkapelle of the United Donauschwaben was formed. Members of this band graduated to perform in the professional German bands around the city. The following year in 1969, the Frauengruppe was created. 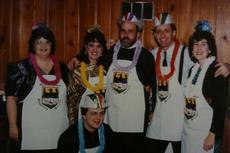 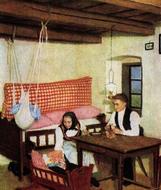 2002 saw the completion of our kitchen, soccer locker rooms, restrooms and storage facility. In 2002 Milwaukee brought the Landesverband Trachtenfest back to the Schwabenhof with great success. In 2011, our Jugengruppe took first place at the Landesverband competition, the first time they had taken first place since the 1970's.

Members of our Kinder, Jugend, and Kultur Gruppes had the privilege of touring Europe once again in 2012. They visited Germany, Austria, and Hungary on a two-week tour, performing both a traditional German program and modern-American dances. The Biergarten @ The Schwabenhof opened to the public in 2014 with huge success. The biergarten is open Thursday nights from 4:00 p.m. to 10:00 p.m.

The Jugend defended their title and took first place in 2014 when we hosted the Trachtenfest at the Schwabenhof once more. They became the first group in the Landesverband to win first place at their home club. Then, in August of 2017, once again the Jugendgruppe brought home first place in the Landesverband competition which was hosted by The Cincinnati Donauschwaben. This now makes them the first group to have won the Dr. Awender award three times in a row.

As we continue on into the future, it is important to always remember that the success and future of the UdoM is dependent on the willingness and dedication to the preservation of our culture, traditions and past. Come to any of our events and it is easy to see how the next generation of Donauschwaben - those born and bred in this country - are proud to carry on the traditions of our forefathers. 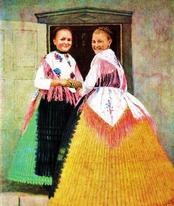 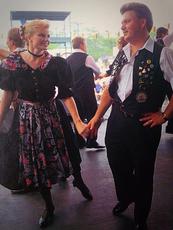 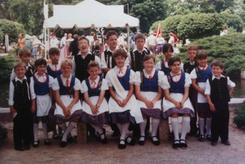 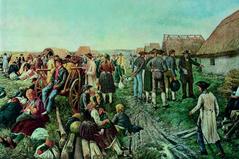 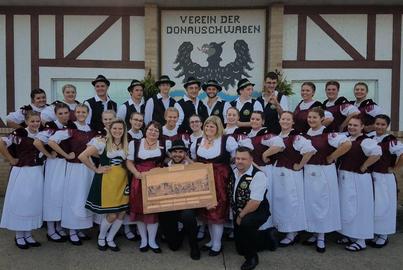 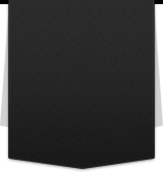 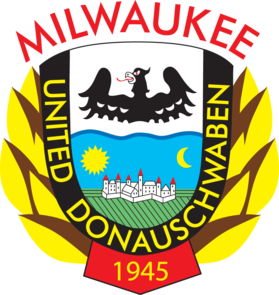 History of the Donauschwaben